“The rich” don’t pay just their fair share – When you consider transfer payments received, the top 20% pay over 98% of federal taxes

That means the top quintile paid essentially all of the federal payroll and income tax net of transfer payments.

First the chart that illustrates this data and then the raw data. Finally, I will suggest you really don’t want to ask about the 1%.

He calculated this graph, which I use with his permission: 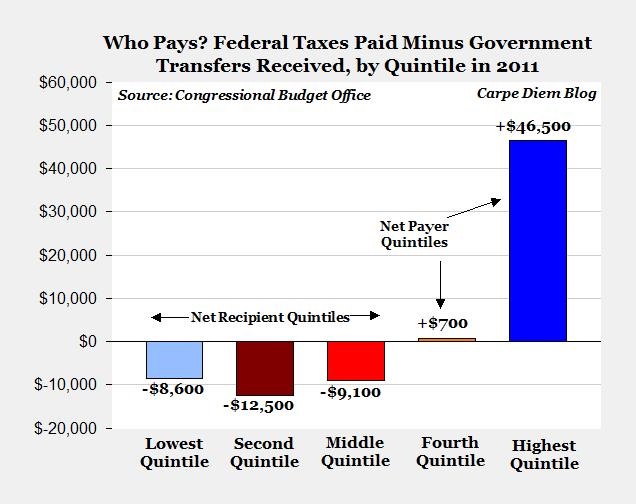 Mark Perry explained this phenomenon and discussed it in his post, New CBO study shows that ‘the rick’ don’t just pay their ‘fair share,’ they pay almost everybody’s share.

The CBO study is available here.

The CBO data pulls in market income, which includes labor, business income, and capital gains. The transfer payments include unemployment, social security, medicare and all benefits from federal, state, and local governments. The taxes paid include payroll (i.e. social security) and income taxes plus corporate taxes paid by individuals for their pass through entities (small business income that is taxed on individual tax returns).

Here is the set of calculations from Prof. Perry, again used with permission: 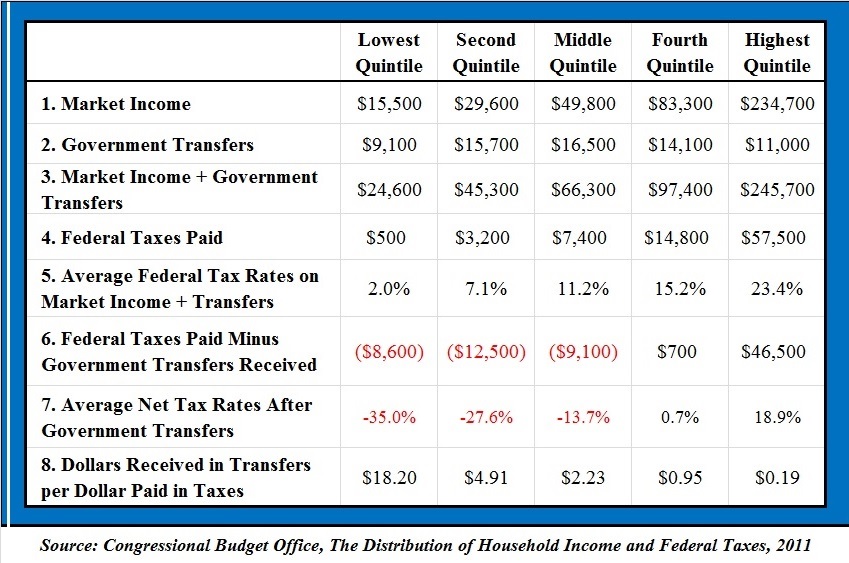 If that is a question you would like to ask, I sincerely suggest you reeeeealy don’t want to open up that discussion.

I’m not going to extend that out, but the result would likely be that the far biggest chunk of the net payments would be from the 1%.

So, two conclusions. First, the top 20% of earners are paying essentially all of the federal taxes net of transfer payments and the bottom 60% of households are getting money back on average. Second, looks to me like the top 1% are paying over half of the total net taxes paid.

For another data point of inflation experienced by consumers, let’s consider the holiday meal at a restaurant here in Rancho Cucamonga.  Consider the contrast with the official CPI measurements. This is third discussion on the Read more…

Today we celebrate the most important day in the history of the world. Easter. We remember the resurrection of Jesus Christ from the dead. On the preceding Friday, he was brutally executed by the Roman Read more…